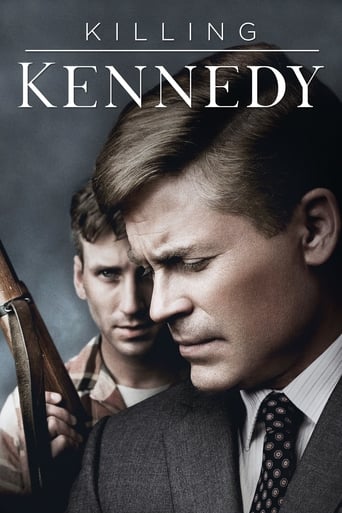 Killing Kennedy is movie released on 2013 directed by Nelson McCormick, in languages English has a duration of 87 minutes with a budget estimated at with a score on the IMDB site for 6.0 and with a cast of actors Jamie McShane Mary Pat Gleason Rob Lowe . Drama documentary based on Bill O'Reilly's and Martin Dugard's 2012 non-fiction book "Killing Kennedy: The End of Camelot". It follows the parallel lives of John F. Kennedy and Lee Harvey Oswald from the winter 1959-1960 to those fatal days in Dallas in November 1963, when they both died within two days after each other and were buried on the same day - John F. Kennedy in a state funeral in Washington D.C., broadcast live both to Europe and the Pacific, while Oswald was buried in Forth Worth at a small funeral where the attending reporters were asked to act as pallbearers.