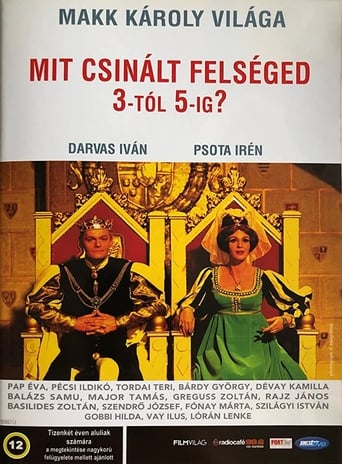 His Majesty's Dates is movie released on 1964 directed by Károly Makk, in languages Magyar has a duration of 83 minutes with a budget estimated at with a score on the IMDB site for 7.0 and with a cast of actors Teri Tordai Pécsi Ildikó Darvas Iván . The chroniclers are diligently scribbling the history of life and deeds of the virtuous and wise King Matthias, who, in the meantime, sneaks out of the palace in disguise. Instead of attending a boring reception of the imperial deputies and papal legates, he pays his address to three pretty women from Szelistye.