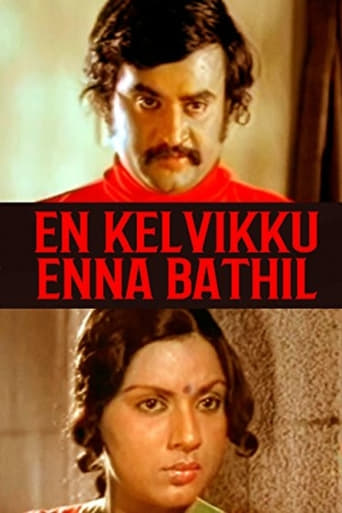 En Kelvikku Enna Bathil is movie released on 1978 directed by P. Madhavan, in languages தமிழ் has a duration of 0 minutes with a budget estimated at with a score on the IMDB site for 4.0 and with a cast of actors Manorama Rajinikanth Sripriya . Two brothers get separated in their childhood after their uncle dupes their father. Years later, when they unite, the two brothers decide to avenge their father's dignity.