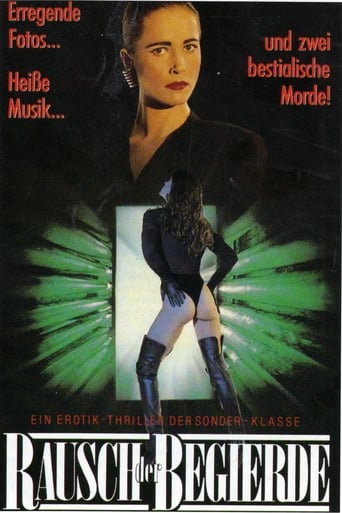 Obsession: A Taste for Fear is movie released on 1988 directed by Piccio Raffanini, in languages Italiano has a duration of 89 minutes with a budget estimated at with a score on the IMDB site for 4.4 and with a cast of actors Gérard Darmon Virginia Hey Gioia Scola . Diane is a photographer of the ultimate in trendy soft core. Her ex, George, who makes bondage films, hooks Diane up with the muscular Teagan in exchange for a favor with a well-heeled client. Diane asks Teagan to model in her next shoot. When Teagan turns up bound, gagged, and dead, a rough policeman, Lt. Arnold, focuses his suspicions on George. When a second model dies and video disks show up depicting the murders, Arnold is certain he has his man - except that the killer we see in the videos is a red-headed woman. Diane's assistant, Valerie, can't keep her eyes off Diane, and Diane's mixer, Paul, also tries to be her protector. Do the cops have the wrong person?