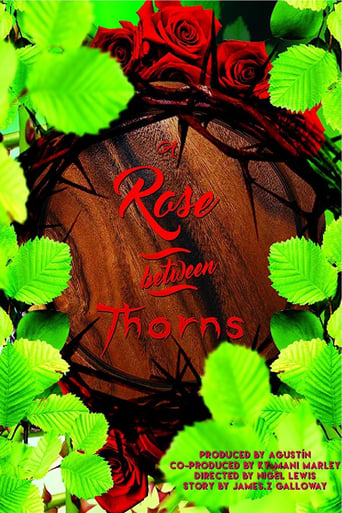 A Rose Between Thorns is movie released on 2017 directed by Nigel 'TruCapo' Lewis, in languages English has a duration of 85 minutes with a budget estimated at with a score on the IMDB site for 0.0 and with a cast of actors Ky-Mani Marley Unoma Allen Tianna Byron . A feature length narrative about two young individuals who goes through different family dilemmas. A young girl by the name of Rose, is physically abused by her father, and her mother knows about the abuse but does nothing to prevent or dismiss it. Rose dances to escape her pain, but having difficulties escaping it. Rose's boyfriend Antonio, has an alcoholic mother and his older brother is in jail. He has no father, no guidance and goes down a similar path as his mother.