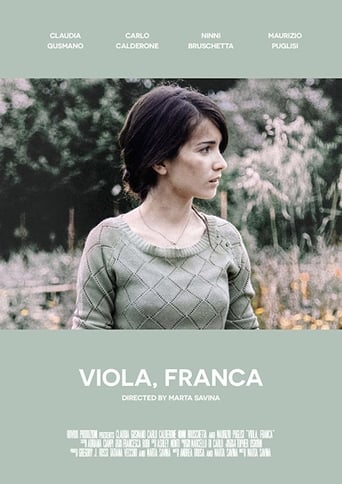 Viola, Franca is movie released on 2017 directed by Marta Savina, in languages Italiano has a duration of 15 minutes with a budget estimated at with a score on the IMDB site for 0.0 and with a cast of actors Antonino Bruschetta Claudia Gusmano Carlo Calderone . Sicily, 1965. Franca is being forced to marry her rapist to avoid becoming a pariah in her traditionalist community but she rebels against the established custom.