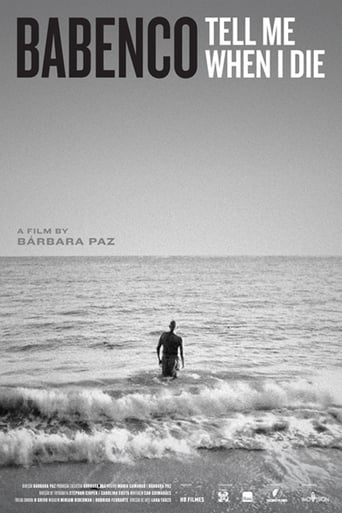 Babenco: Tell Me When I Die is movie released on 2019 directed by Bárbara Paz, in languages English | Português has a duration of 75 minutes with a budget estimated at with a score on the IMDB site for 0.0 and with a cast of actors Fernanda Torres Dráuzio Varella Selton Mello . A blend of two nationalities, a master of the moving image, Hector was in life a little of everything - from a tomb salesman to spaghetti western extra, from a photographer of steakhouses to an Oscar nominated movie director. Polemical, controversial, demanding and genial, he won in Locarno, competed in Cannes, shone in Hollywood and directed titans like Meryl Streep, Jack Nicholson and Willem Dafoe. . The film is a black and white poetic immersion in the filmmaker's recollections and dreams.