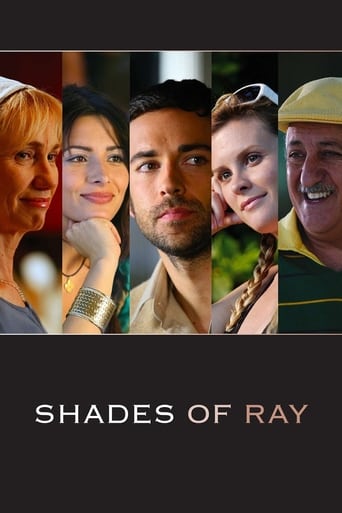 Shades of Ray is movie released on 2008 directed by Jaffar Mahmood, in languages English has a duration of 87 minutes with a budget estimated at with a score on the IMDB site for 6.3 and with a cast of actors Lucy Davis Zachary Levi Nazanin Boniadi . American-born Ray Rehman comes home one night to find his Pakistani father on his doorstep. Ray's Caucasian mother threw him out. It's an awkward time for his father to move in as Ray just proposed to his Caucasian girlfriend - who hasn't given him an answer. While trying to get his parents back together, Ray meets a South Asian girl of mixed descent, just like him, and must decide where his identity truly lies.