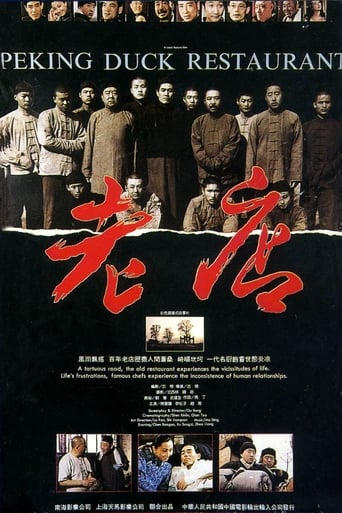 Peking Duck Restaurant is movie released on 1990 directed by Rong G, in languages 普通话 has a duration of 136 minutes with a budget estimated at with a score on the IMDB site for 5.0 and with a cast of actors Chen Baoguo Zhao Liang Ge You . A fiction about the founder Mingquan Yang, and the early ages of Quanjude Restaurant, the most famous Peking duck restaurant. Yang bought the Dejuquan restaurant and changed the name to Quanjude according to a fortune teller, hired cooks from the Forbidden City, and invented a special recipe of roasted duck.