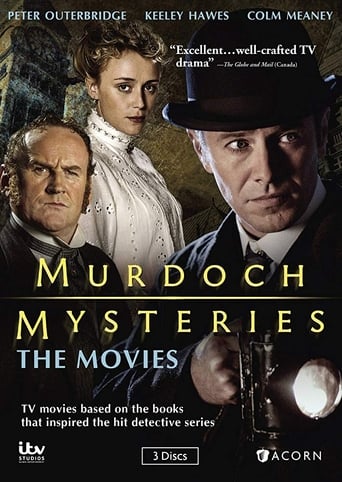 The Murdoch Mysteries: Except the Dying (2004)

The Murdoch Mysteries: Except the Dying is movie released on 2004 directed by Michael DeCarlo, in languages English has a duration of 90 minutes with a budget estimated at with a score on the IMDB site for 0.0 and with a cast of actors Peter Outerbridge Keeley Hawes Colm Meaney . In late 19th century Toronto, Detective William Murdoch investigates the murder of a young girl found in the red light district. When a possible witness to the murder is also killed, Murdoch must stop the killer before he strikes again.