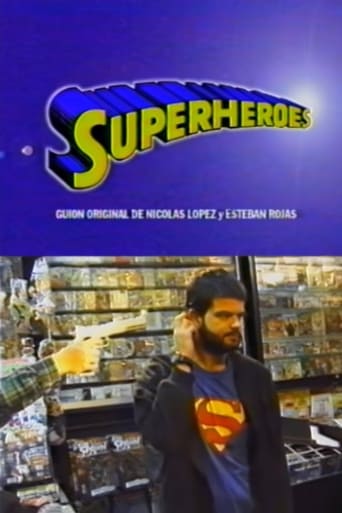 Superheroes is movie released on 1999 directed by Nicolás López, in languages Español has a duration of 8 minutes with a budget estimated at with a score on the IMDB site for 0.0 and with a cast of actors Nicolás Martínez Eduardo Bertran Esteban Rojas . A crazy costumer in a comic book store claims that he is the Son of Krypton, Kal-El, and he is willing to do anything to prove it.