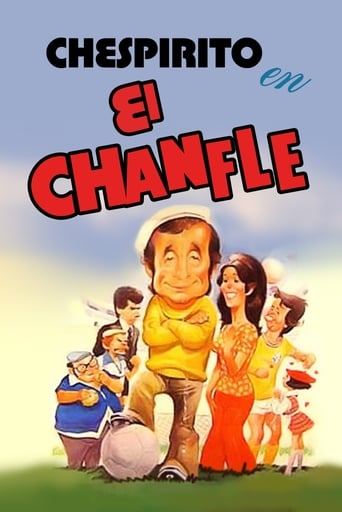 El Chanfle is movie released on 1979 directed by Enrique Segoviano, in languages Español has a duration of 106 minutes with a budget estimated at with a score on the IMDB site for 7.0 and with a cast of actors Florinda Meza García Roberto Gómez Bolaños Rubén Aguirre . This movie is about a soccer team worker "Chanfle", who's in charge of having everything up to date for the team, soccer balls, uniforms, soccer shoes, you name it! Well he's been married for 10 years to a beautiful young girl but hasn't got the privilege of being a father! They are really poor and in the attempt to sell a gun that belonged to a diseased uncle, he's mistaken for a burglar by a drunk guy. From that moment on, he's contanstly harrassed by the drunk guy, who chases him everytime he can...