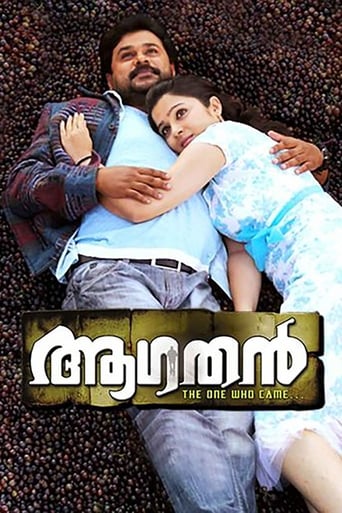 Aagathan is movie released on 2010 directed by Kamal, in languages has a duration of 120 minutes with a budget estimated at $822,000 with a score on the IMDB site for 5.1 and with a cast of actors Babu Namboothiri Dileep Sathyaraj . Aagathan is the love story of Gautham and Shreya that turns sour because of Shreya's father, Major General Hareendra Natha Varma's one deed that comes back to haunt his family.