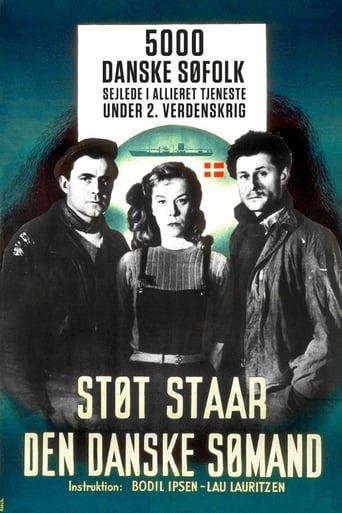 The Viking Watch of the Danish Seaman (1948)

The Viking Watch of the Danish Seaman is movie released on 1948 directed by Lau Lauritzen Jr., Bodil Ipsen, in languages Dansk has a duration of 105 minutes with a budget estimated at with a score on the IMDB site for 6.0 and with a cast of actors Kjeld Jacobsen Poul Reichhardt Lau Lauritzen Jr. . On the 9th of April 1940, the crew of a Danish merchant ship receives the news of Germany's invasion of Denmark. Instead of returning home, they vote in favor of setting course for England. The crew will undergo much hardship over the next five years ...