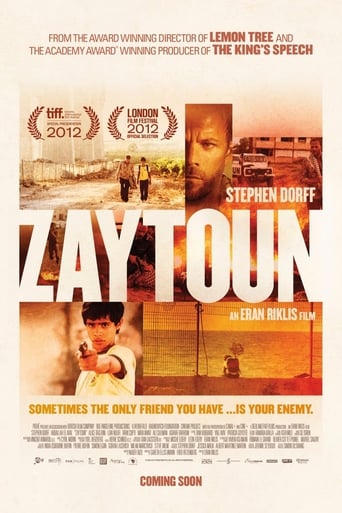 Zaytoun is movie released on 2012 directed by Eran Riklis, in languages العربية | English | עִבְרִית has a duration of 107 minutes with a budget estimated at $8,000,000 with a score on the IMDB site for 6.9 and with a cast of actors Alice Taglioni Stephen Dorff Ashraf Barhom . Beirut, 1982: a young Palestinian refugee and an Israeli fighter pilot form a tentative bond in their attempt to make their way across war-torn Lebanon back to their home.