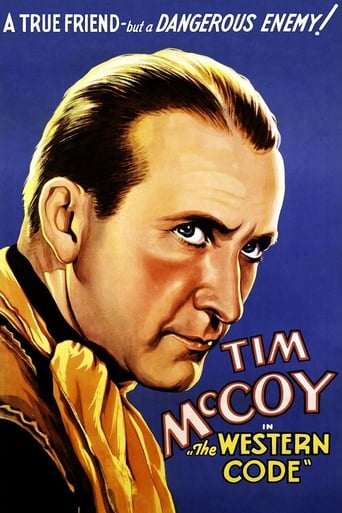 The Western Code is movie released on 1932 directed by John P. McCarthy, in languages English has a duration of 57 minutes with a budget estimated at with a score on the IMDB site for 0.0 and with a cast of actors Emilio Fernández Mischa Auer Nora Lane . When Tim Barrett rides into Carabinas, his reputation as a lawman precedes him. Rescuing Polly Loomis from the unwanted attentions of a saloon ruffian, he learns her mother married ranch foreman Nick Grindel shortly before her death, and left everything to him in her will. Nick has proposed marriage to his stepdaughter, and she fears violence if her hot-blooded brother Dick finds out. When a body is found at the Bow Knot, Tim barely rescues Dick from a necktie party and is deputized to investigate when Dick confesses to a crime he didn't commit.