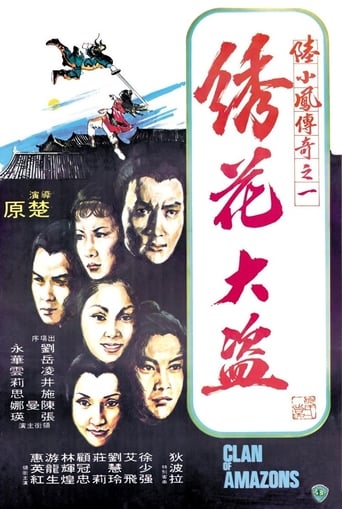 Clan of Amazons is movie released on 1978 directed by Chor Yuen, in languages 广州话 / 廣州話 | 普通话 has a duration of 88 minutes with a budget estimated at with a score on the IMDB site for 6.3 and with a cast of actors Wang Han-Chen Yeung Chi-Hing Ou-Yang Sha-Fei . The Embroidery Bandit is stealing treasures while blinding his victims. The hero Liu Xiaofeng is called in to solve the mystery. The evidence points to the all-woman Clan of the Red Shoes - but appearances can be deceptive....