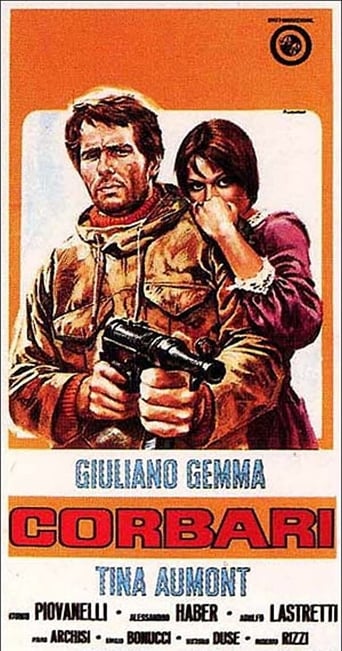 Corbari is movie released on 1970 directed by Valentino Orsini, in languages en has a duration of 90 minutes with a budget estimated at with a score on the IMDB site for 4.5 and with a cast of actors Frank Wolff Giuliano Gemma Tina Aumont . The real story of the partisan Silvio Corbari. He starts his career killing publicly one of his friends that was a fascist. Than, he set up a band of partisans in north Italy, completely independent from the Italian organized resistance (CLN). Ines, leave his husband to join the band and became Silvio's lover. Silvio Corbari succeeded also to set up a free-zone, his personal republic, independent from the Nazi occupied Italy, in a little village called Tregnano. But the opponent Nazi-Fascist army is too much for any kind of resistance, especially if not included in the organized CNL. All his partisan friends are captured and sentenced to death, Ines, close to be captured, suicides. Corbari, even if survives to a first hanging, can't escape to a second one. After WWII he deserved a gold medal to the memory from the Italian Republic.