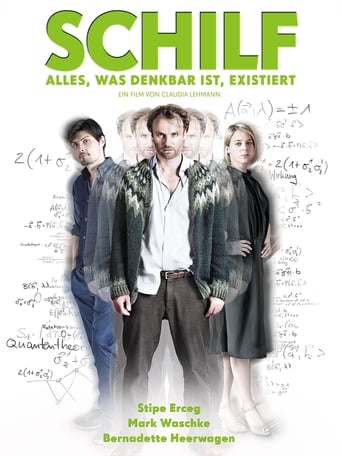 Schilf - Alles was denkbar ist existiert is movie released on 2012 directed by Claudia Lehmann, in languages Deutsch has a duration of 90 minutes with a budget estimated at with a score on the IMDB site for 5.0 and with a cast of actors Mark Waschke Stipe Erceg Dmitry Brauer . Sebastian (Mark Waschke) is a physics professor at the University of Jena and dealing for years with parallel universes. Meticulously, he tries to prove its existence scientifically. His college friend Oskar (Stipe Erceg), professor of theoretical physics at CERN in Geneva, smiles at Sebastian's firm belief in parallel universes and the many-worlds theory. In order to devote himself to the evidence in peace, Sebastian brings his son Nick to a summer camp, while his wife Maike (Bernadette Heerwagen) is on vacation in the mountains. At a rest stop Nick disappears out of the car and so for Sebastian a nightmare begins. Increasingly he is loosing more and more control. What really happened? It is fatal to his own theory? And who is this mysterious Schilf, which occurs abruptly in Sebastian's life?