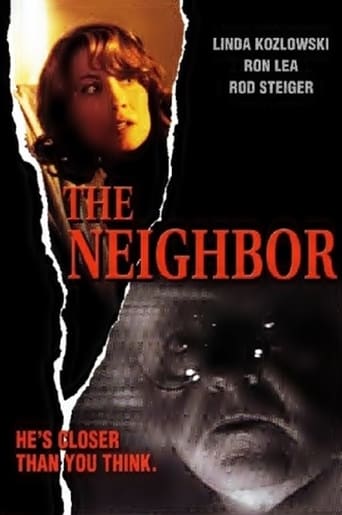 The Neighbor is movie released on 1993 directed by Rodney Gibbons, in languages English has a duration of 93 minutes with a budget estimated at with a score on the IMDB site for 5.8 and with a cast of actors Ron Lea Frances Bay Mark Camacho . A young couple, Mary and John, awaiting a baby is in search for a house when they decide to buy that lovely old villa they found by coincidence. What they both do not know is that Myron, the owner of that villa and their new neigbour, is a dangerous psychopath and that Mary reminds him of his dead mother. Mary begins to wonder about Myron's odd behaviour, but everybody thinks Mary's fears are due to her being pregnant.