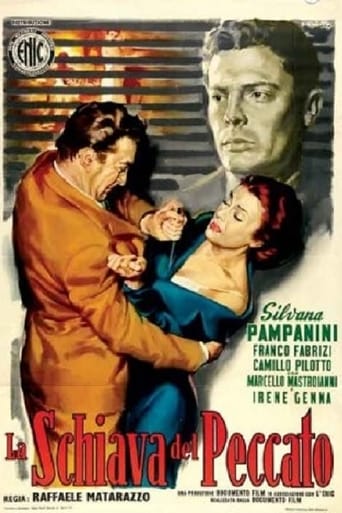 La schiava del peccato is movie released on 1954 directed by Raffaello Matarazzo, in languages Italiano has a duration of 100 minutes with a budget estimated at with a score on the IMDB site for 0.0 and with a cast of actors Franco Fabrizi Paul Müller Marcello Mastroianni . A former prostitute and a Polish infant are the only survivors of a train crash. Despite their mutual love, the woman's past comes back to haunt her.