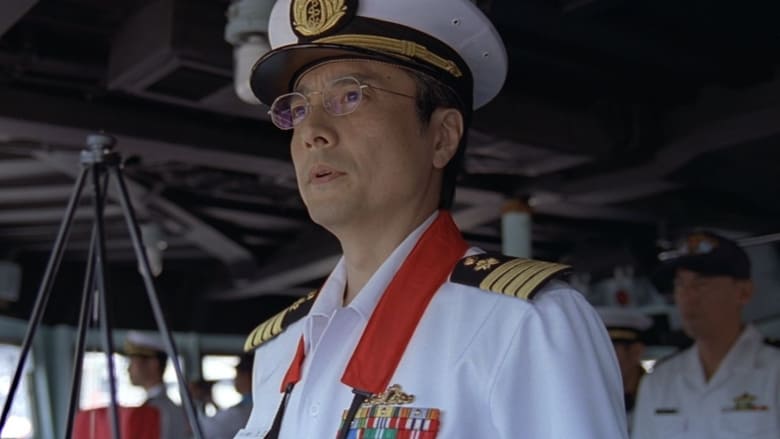 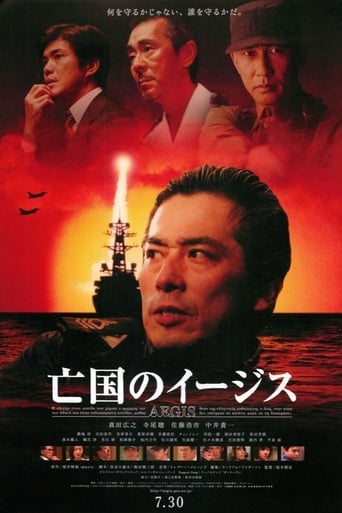 Aegis is movie released on 2005 directed by Junji Sakamoto, in languages 日本語 has a duration of 127 minutes with a budget estimated at $12,000,000 with a score on the IMDB site for 4.0 and with a cast of actors Hiroyuki Sanada Akira Terao Koichi Sato . The Isokaze, an Aegis-class escort vessel, sets sail on a routine training exercise, playing host to a platoon from the Fleet Training Group. No sooner is the Isokaze on open water, however, then the FTG reveal themselves to be terrorist stowaways who kill the ship's captain, send the rest of the crew overboard and take control of the vessel. The ship is carrying a secret biological weapon which the terrorists are now threatening to use to level Tokyo! Only a stowaway NCO, Sengoko (played by Sanada Hiroyuki from Ring and Twilight Samurai) is in a position to stop them - but does he really have what it takes to save the day? Playing like a cross between a sea-faring version of Top Gun and Die Hard, director Sakamoto Junji shows that it's not just Hollywood that can produce thrill-a-minute action spectaculars.