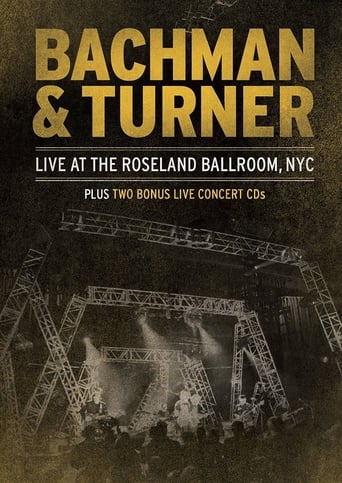 Bachman & Turner - Live at the Roseland Ballroom is movie released on 2012 directed by Joe Thomas, in languages English has a duration of 94 minutes with a budget estimated at with a score on the IMDB site for 0.0 and with a cast of actors Randy Bachman C.F. "Fred" Turner Marc Lafrance . Over the course of a four-year run, Bachman-Turner Overdrive sold in excess of 30 million records, earning a staggering 120 platinum, gold and silver discs, and notching up hits in more than 20 countries. The iconic duo shared duties on the lead vocals, with Bachman contributing lead guitar and Turner the bass. Reuniting at the end of 2009 they released an eponymous album in 2010, and in November of that year they performed at the famous Roseland Ballroom in New York City, as part of their North American tour.