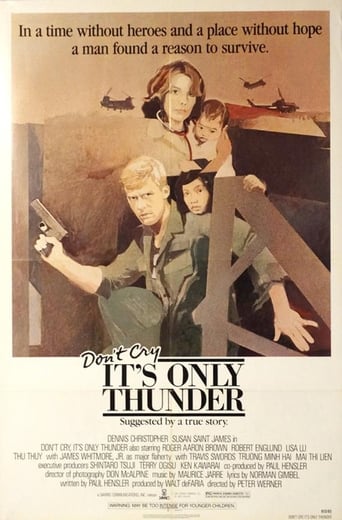 Don't Cry, It's Only Thunder is movie released on 1982 directed by Peter Werner, in languages English has a duration of 108 minutes with a budget estimated at with a score on the IMDB site for 6.0 and with a cast of actors Robert Englund Dennis Christopher Susan Saint James . During the Vietnam War, Brian Anderson, a young Army medic, is stationed in Saigon. Initially apathetic and self-serving, he eventually has his heart won over by the children at a nearby orphanage where he does volunteer work. At first, a doctor named Katherine Cross has to persuade him to help the children. But soon, Brian willingly puts his career and safety on the line to provide the orphans with the food and medical supplies they need.