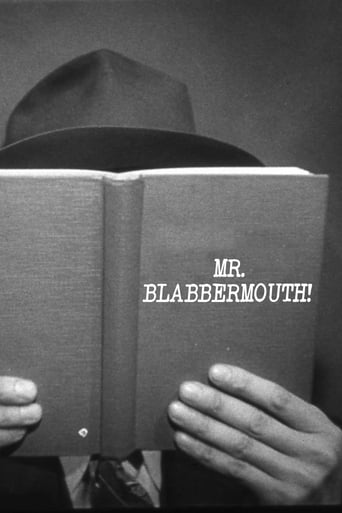 Mr. Blabbermouth! is movie released on 1942 directed by Basil Wrangell, in languages English has a duration of 19 minutes with a budget estimated at with a score on the IMDB site for 4.3 and with a cast of actors Stanley Andrews Ralph Peters May McAvoy . Following Japan's attack on Pearl Harbor, America was rife with rumors about the size of Japan's armed forces and how well-equipped they were to wage war against the U.S. Using animation, the first part of this film dispels these rumors by showing that the U.S. had more raw materials and more fighting ships. The narrator also cautions moviegoers against spreading rumors (which are often initiated by enemy infiltrators to create fear and dissention) and believing everything they read in the newspapers. Just because "they say" something, that doesn't make it true.