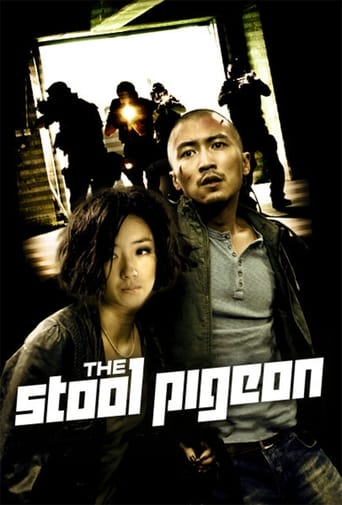 The Stool Pigeon is movie released on 2010 directed by Dante Lam, in languages English has a duration of 113 minutes with a budget estimated at $10,000,000 with a score on the IMDB site for 5.7 and with a cast of actors Nicholas Tse Kwai Lun-Mei Derek Kwok Jing-Hung . Living in the guilt of sacrificing his informant in a previous operation, Criminal Intelligence Inspector Don Lee is wary when his superior orders him to send another informant to spy on the criminal operations of Barbarian, a vicious gangster plotting a jewelry heist. He seeks ex-convict Ghost, who agrees to work for Don despite vowing to go straight since he's desperately in need of money to repay a debt and save his sister. Ghost's driving skills help him infiltrate Barbarian's gang and earn his trust, but by feeding information to Don and hooking up with Barbarian's girlfriend Dee, Ghost is pushing himself into a tight and deadly corner...