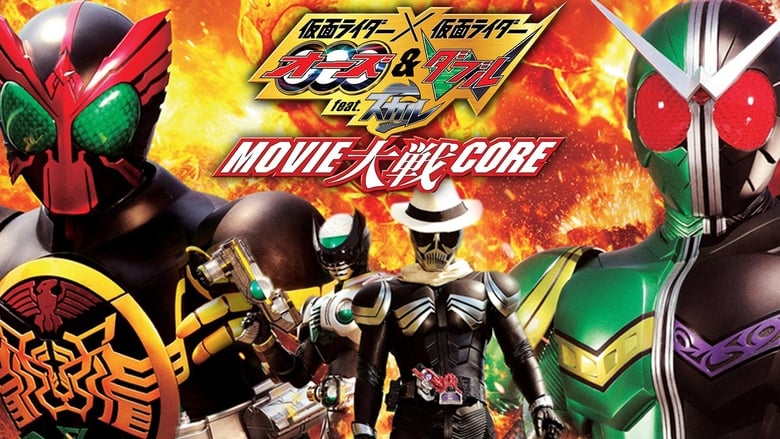 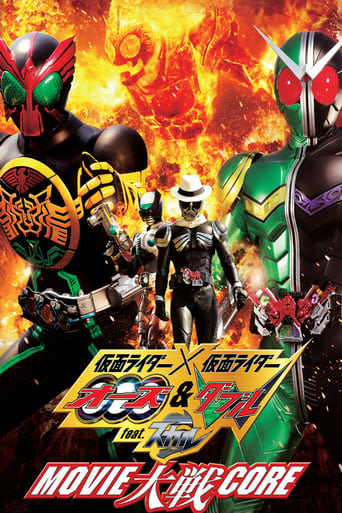 Kamen Rider × Kamen Rider OOO & W Featuring Skull: Movie War Core is movie released on 2010 directed by Ryuta Tasaki, in languages 日本語 has a duration of 107 minutes with a budget estimated at with a score on the IMDB site for 5.1 and with a cast of actors Renn Kiriyama Masaki Suda Minehiro Kinomoto . Confronting a mysterious enemy, the Pteranodon Yummy, Kamen Rider Double receives aid from Ryu, who has infuriated Akiko by being too busy to attend her wedding! Akiko demands to know why he even became a Kamen Rider in the first place and the Pteranodon Yummy as it uses the Memory Memory on her to give her the answer to her question… At the Kougami Foundation, Kousei Kougami talks of the most avaricious man in Japan, Oda Nobunaga, whose final resting place was found. With Doctor Maki overseeing the process, Kougami commissions the creation of a Cell Medal homunculus based on Nobunaga himself. Kamen Rider Core begins to destroy the area as Kamen Riders OOO and Double team up to fight the enemy. However, Kamen Rider Core proves too powerful and the two go underground to destroy the Gaia Memory’s source of power to even the odds.