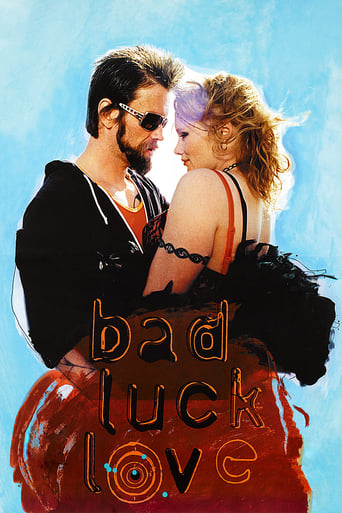 Bad Luck Love is movie released on 2000 directed by Olli Saarela, in languages suomi has a duration of 94 minutes with a budget estimated at with a score on the IMDB site for 6.8 and with a cast of actors Peter Franzén Jorma Tommila Tommi Eronen . A shocking crime forces a man to re-evaluate his life, only to find that going straight is more complicated than he imagined. Ali is a low-level criminal who spends much of his spare time working out at a gym with his brother Pulu. Ali spends most of his day stoned on marijuana, while Pulu is known to drink cleaning products when he's run out of booze. Ali has fallen in love with Inka, a bright woman with a mind of her own, and her independent nature occasionally throws him into a fit of jealousy.