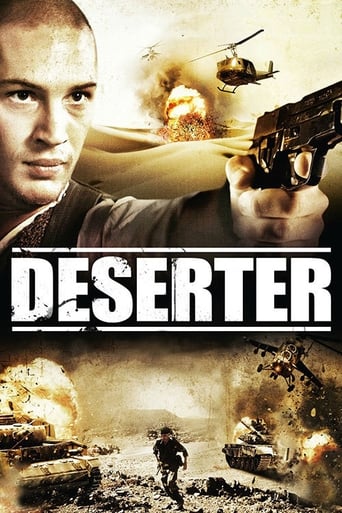 Deserter is movie released on 2002 directed by Martin Huberty, in languages English has a duration of 90 minutes with a budget estimated at $3,500,000 with a score on the IMDB site for 5.6 and with a cast of actors Yorick van Wageningen Enzo Cilenti Paul Fox . Unlikely friends in a melting pot of confusion. Simon Murray fights for the French Foreign Legion. Pascal Dupont fights for himself. War torn men question honour, hope, morality...because you can desert everything...except yourself.