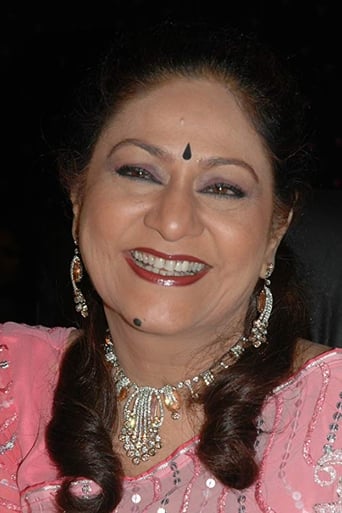 From Wikipedia, the free encyclopedia Aruna Irani (born May 3, 1952) is an Indian actress who has acted in over 300 films mostly playing supporting roles. She dance in the songs "Chadti Jawani", "Dilbar Dilse Pyare", "Ab Jo Mile Hai" from film Caravan (1971) and "Main Shayar To Nahi" from film Bobby (1973) amongst others. Her performance in both films won her nomination at Filmfare Awards for Best Supporting Role. She holds the record for winning maximum nominations (10) in this category and received the award twice for her roles in Pet Pyaar Aur Paap (1985) and Beta (1993). In January 2012 she was honoured with Filmfare Lifetime Achievement Award at the 57th Filmfare Awards function. Description above from the Wikipedia article Aruna Irani, licensed under CC-BY-SA, full list of contributors on Wikipedia.