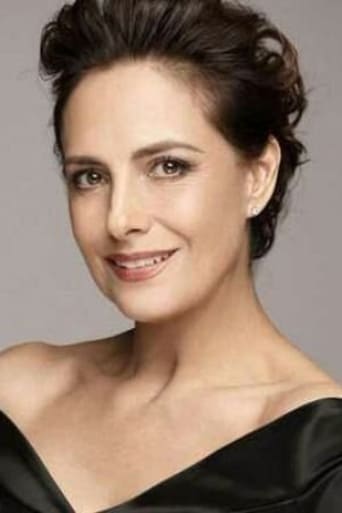 Diana Bracho (born Diana Bracho Bordes on December 12, 1944 in Mexico City, Mexico) is a Mexican actress. Diana Bracho is the daughter of actor/director Julio Bracho, the niece of actress Andrea Palma and the aunt of actor Julio Bracho (named after his grandfather). She married Dr. Felipe Bracho, a university professor. They have a daughter, Andrea. She married, secondly, to Rafael Cortes, an artist, designer and painter.  She made her film debut as a child actress in two of her father's films: San Felipe (1949) and Immaculate Conception(1950). She studied Philosophy and Letters in New York. She debuted professionally on stage in the play Israfel by Abelardo Rodríguez alongside Sergio Bustamante. Her television debut was in 1973. Diana Bracho won the Silver Ariel award twice, the first time in 1973. She won her second Silver Ariel for El infierno, de todos tan temído and was nominated for Best Actress for Letters from Marusia (1976) and Entre Pancho Villa y una mujer desnuda (1996). On August 6, 2002 she was appointed president of theAcademia Mexicana de Artes y Ciencias Cinematográficas. She has been involved in co-productions with countries such asThe Chess Player (France); Edmilson (Germany), The Dogs of War (Britain), The Aleph (Italy), The legend of the Drum (Spain), Antonieta (Spain) and On Wings of Eagles (United States). She starred in several television series and soap operas, notably as Leonora Navarro in the telenovela Cuna de lobos (1986), produced by Carlos Tellez. She also played the villainous Evangelina Vizcaíno in Cadenas de Amargura (1991), produced by Carlos Sotomayor. She is set to play the role of the black widow in the third season of Mujeres Asesinas. Though Diana was confirmed to star in Salvador Mejía's new telenovela: La tempestad, she rejected her participation.