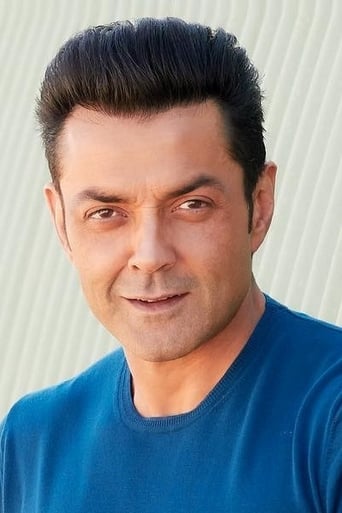 Bobby Deol is an Indian film actor who works in Hindi films. In a career spanning more than two decades, he has appeared in over forty films and is the recipient of a Filmfare Award and a Filmfare Best Actor Award nomination. He is the son of Dharmendra and the brother of Sunny Deol, also a successful actor in the Indian Film Industry. He is particularly noted for acting in several thriller films, often playing antiheroic characters who are forced to commit crimes to avenge the deaths of loved ones and his films commonly involve themes of jealousy, deceit, revenge and romantic thrillers often involving him caught in love triangles. Deol briefly appeared as a child actor in the film Dharam Veer in 1977 and made his acting debut as an adult in Barsaat (1995) which garnered him the Filmfare Best Debut Award. In addition to acting in films, Deol is involved with several humanitarian causes and has participated in concert tours and stage shows.