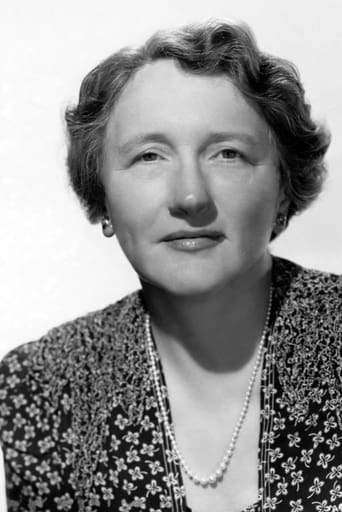 From Wikipedia, the free encyclopedia Marjorie Main (born Mary Tomlinson, February 24, 1890 – April 10, 1975) was an American actress, best known as a Metro-Goldwyn-Mayer contract player and for her role as Ma Kettle in a series of ten Ma and Pa Kettle movies. Main worked in vaudeville on the Orpheum circuit and in Chautauqua presentations, and debuted on Broadway in 1916. Her first film was A House Divided in 1931. Main began playing upper class dowagers, but ultimately was typecast in abrasive, domineering, salty roles, for which her distinctive voice was well suited. She repeated her stage role in Dead End in the 1937 film version, and was subsequently cast repeatedly as the mother of gangsters. She again transferred a strong stage performance, as a dude-ranch operator in The Women, to film in 1939. At this time, she guest-starred on radio programs such as Columbia Presents Corwin and The Goldbergs. Main was signed to a Metro-Goldwyn-Mayer contract in 1940 and stayed with the studio until the mid-1950s. She made six films with Wallace Beery in the 1940s, including Barnacle Bill (1941), Jackass Mail (1942), and Bad Bascomb (1946). She played Sonora Cassidy, the chief cook, in The Harvey Girls (1946). The director George Sidney remarked in the commentary for the film that Miss Main was a "great lady" as well as a great actress who donated most of her paychecks over the years to the support of a school. Perhaps her most famous role is that of Ma Kettle, which she first played in The Egg and I in 1947 opposite Percy Kilbride as Pa Kettle. She was nominated for an Academy Award for Best Actress in a Supporting Role for the part and portrayed the character in nine more Ma and Pa Kettle films. By the early 1950s, she had appeared in several MGM musicals, including, Meet Me in St. Louis and The Belle of New York. She played Mrs. Wrenley in the studio's all-star film It's a Big Country (1951). In 1954, Marjorie Main played her last roles for the studio: Mrs. Hittaway in The Long, Long Trailer and Jane Dunstock in Rose Marie. In 1956, Main's performance as the widow Hudspeth in the hit film Friendly Persuasion was well-received, earning her a Golden Globe nomination for Best Supporting Actress. In 1958, Main appeared twice as rugged frontierswoman Cassie Tanner in the episodes "The Cassie Tanner Story" and "The Sacramento Story" on NBC's television series Wagon Train. In the first segment, she joins the wagon train, casts her romantic interest on Ward Bond as Major Adams, and helps the train locate needed horses despite a Paiute threat.