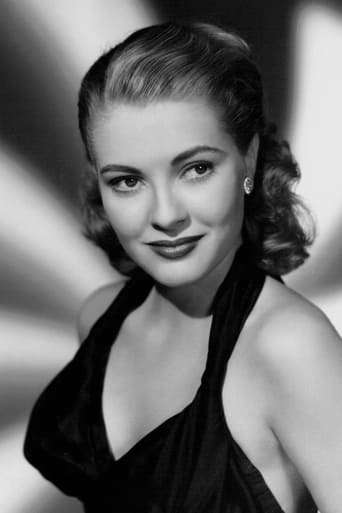 From Wikipedia, the free encyclopedia. Lori Nelson is an American actress born in Santa Fe, New Mexico on August 15, 1933. She began as a performer, dancing at the young age of 4, as well as winning a Little Miss America title. Many of her early auditions were unsuccessful. However, in 1952, she made it into her first role as Marjie Baile in Bend of the River. Many of her roles were large, but were mostly in 1950s B-movies. Today, she is acting sparingly, most recently in The Naked Monster. She costarred with Barbara Eden in the series How to Marry a Millionaire (1957–1959). However, she also had a well-remembered role as Mara, the Mayor's daughter, opposite Van Johnson (who played two roles) in the 1957 made-for-TV musical film The Pied Piper of Hamelin, a motion picture which premiered on NBC and then went on to be syndicated and shown annually on local television stations. Description above from the Wikipedia article Lori Nelson, licensed under CC-BY-SA, full list of contributors on Wikipedia.