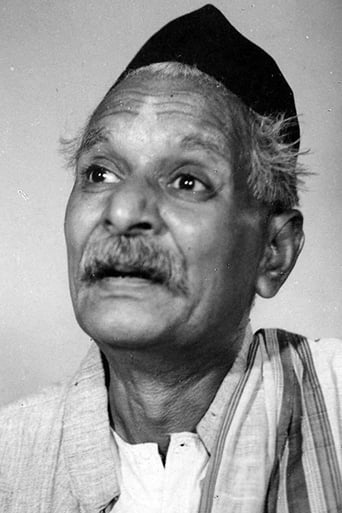 Kanhaiyalal, or Kanhaiya Lal Chaturvedi, was an Indian film actor who acted in 105 films in his career, primarily in Hindi films produced in Bollywood, the Mumbai-based film industry. He was fond of plays and came to Mumbai to find a space on stage. He staged his own written play Pandrah August in Mumbai, and later he tried his luck in films. He also had written many plays. In the 1939 film Ek Hi Raasta as Banke, he got a break in Hindi films and in 1940 he got the role of the moneylender (Sahukar) in Mehboob Khan's film Aurat as Sukhilala. After that, he later acted in many films as a character artist. When Mehboob Khan directed his film Mother India, he again picked Kanhaiyalal to act as Sukkhi Lala, a character that came alive with his natural acting. Some of the performances of Kanhaiyalal which were appreciated by the audience for his vesatility include his characters in the films Bhookh (1947), Ganga Jamuna, Gopi, Upkar, Apna Desh, Janta Hawaldar, Dushman, Bandhan, Bharosa, Dharti Kahe Pukar Ke, Hum Paanch, Upkar, Gaon Hamara Desh Tumhara, Dadi Maa, Gruhasti, Hatyara, Palkon Ki Chhaon Mein, Heera, Teen Bahuraniyaan, Dost etc. His memorable roles include those as villainous[1] scheming moneylenders in the films Mother India , Ganga Jamuna, Gopi and Upkaar. (Wikipedia)