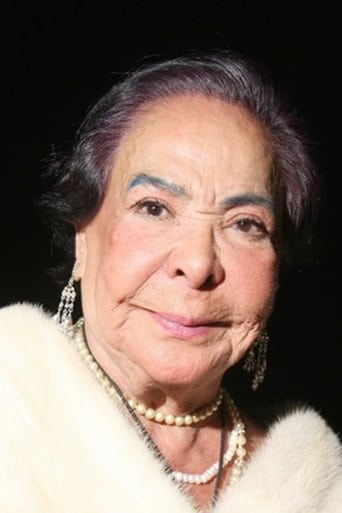 Columba Domínguez Adalid (March 4, 1929 – August 13, 2014) was a Mexican film actress. Considered a crucial figure in theGolden Age of Mexican cinema. Considered one of the muses of the film director Emilio Fernández, who, moreover, was romantically linked for several years. She is remembered particularly for her performance in the film Pueblerina (1949), considered one of the jewels of the Mexican Cinema. Columba Domínguez Adalid born on March 4, 1929 in Guaymas, Sonora, Mexico, reaching very young with her family to the Mexico City. When she went to a party with one of her sisters, was discovered by the Mexican film director Emilio Fernández, who was amazed by her beauty with very marked Mexican features and gives you entry to a movie with little roles in films such as La perla (1945) and Río Escondido (1947). In 1948, Fernandez give her the antagonistic role in the film Maclovia (1948), with María Félix. Her performance is praised by critics and thanks to this film, Fernández entrusted with the leading role that would become her best film: Pueblerina (1948). Thanks to this movie Columba rises the stardom rapidly and becomes known worldwide to be presented at the Karlovy Vary International Film Festival. In that same year she participated in La Malquerida, with Dolores del Río and Pedro Armendáriz. Preceded by the success of Pueblerina, Columba was contracted in Italy to participate in the film L'Edera (1950).[1] The same year, she filming Un día de vida, which went unnoticed in Mexico, but became a huge success in the former Yugoslavia, released in 1952. Encased in native roles, Columba separates professionally Fernandez in 1952, which allowed them to become one first figure and work under the orders of other filmmakers, such as Luis Bunuel (with whom she worked in El río y la muerte (1955)), Fernando Méndez (director of the cult film Ladrón de cadáveres (1957), considered one of the best Mexican horror films) and Ismael Rodriguez (who took her to star in two masterpieces: Los Hermanos de Hierro (1961) and Ánimas Trujano (1962), with the Japanese actorToshiro Mifune), among others. In 1962 she participated in El tejedor de milagros, a film that represented Latin America in the IX Berlin Film Festival. Columba also made the first official nude in the Mexican Cinema in the film La virtud desnuda. (1956). In the television, Domínguez participed in some telenovelas like La tormenta (1967) and El carruaje (1972). Her last appearance in the television was in Aprendiendo a amar(1979). After her retirement in 1987, Columba was devoted to dance, humanistic art, painting (coming to exhibit in Europe) and piano. In 2008, after more than 20 years of retirement from cinema, the Mexican director Roberto Fiesco, returned her to the cinema with the short film Paloma. That same year, Dominguez was honored by the International Film Festival de la Frontera, in Ciudad Juarez, in which some of the most representative titles in which he participated were projected.[2] In 2010, Domínguez made a special appearances in the films La cebra and Borrar la memoria.[3] In 2012, she participates in the film El último trago. In May 2013, Columba Domínguez was honored with the Golden Ariel Award for her contributions to the Mexican film industry.