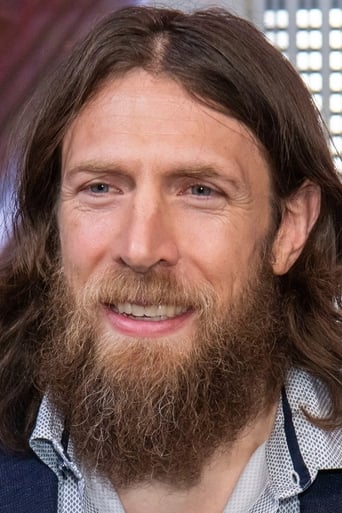 Bryan Lloyd Danielson (born May 22, 1981) is an American professional wrestler signed to WWE and performing under the ring name Daniel Bryan. He has also been known by the ring name, and later nickname, the American Dragon. In professional wrestling, Danielson is a one-time World Heavyweight Champion in WWE, a one-time Ring of Honor World champion, a two-time Pro Wrestling Guerrilla World champion, a one-time Westside Xtreme Wrestling Heavyweight champion, and a one-time FIP Heavyweight Champion. As well as these World Championships, Danielson also won the GHC Junior Heavyweight Championship once in Pro Wrestling Noah and is officially recognized as the final ROH Pure Champion, as he unified the Pure Title with the ROH World title in 2006. He also won the IWGP Junior Heavyweight Tag Team Championship in New Japan Pro Wrestling with Curry Man. Until 2010, Danielson primarily competed on the independent circuit. ROH was generally regarded as his home promotion, but he also worked in FIP, PWG, and the National Wrestling Alliance (NWA). He has also worked internationally, most notably in Pro Wrestling Noah through ROH's involvement in the Global Professional Wrestling Alliance, a global organization of cooperative promotions that allow their competitors to travel abroad to other companies. He also competed in a handful of matches in WWE in 2003, before signing an actual contract with the company in 2009. In June 2010, shortly after the end of the first season of the WWE NXT show in which Danielson participated, WWE announced that he had been released from his contract.  He returned to WWE in August at SummerSlam, and won the WWE United States Championship the following month. On July 17, 2011, Bryan won the SmackDown Money in the Bank ladder match. On December 18, 2011, Bryan cashed in his Money in the Bank contract on Big Show to become World Heavyweight Champion.